skip to main | skip to sidebar

You may be wondering what the hell I'd been doing up 'till this point - five months in India and only a few places checked off the list. Well, when you relax into a place after seeing the tourist sights things just seem to happen, and Bundi is a case in point. After being there for about 10 days I met Om Prakash - 'Kukki' to his friends - by chance. 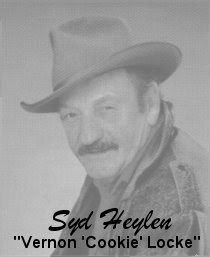 Kukki's a shop owner who has spent most of his time in the last 20 years scouring the hills and rivers around Bundi. Without funding or support he has discovered coins, stone tools, rock paintings and evidence of a previously unknown civilisation. I'm going to do a story about him. Here he is in front of some of his discoveries: 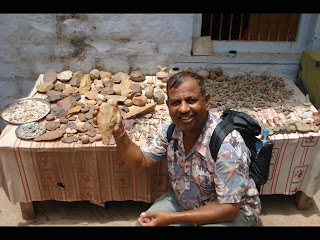 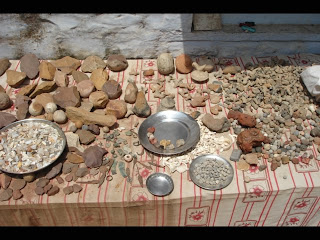 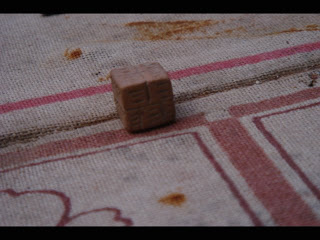 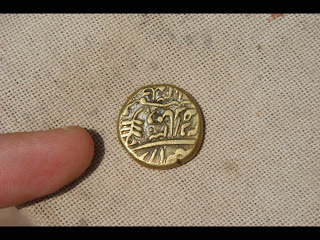 One day he took me out to see his rock paintings. They are always near river areas: 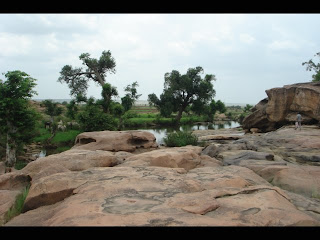 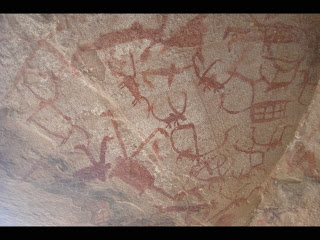 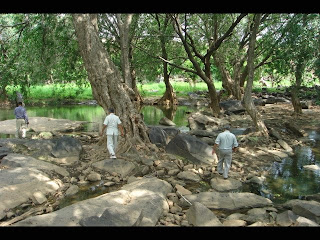 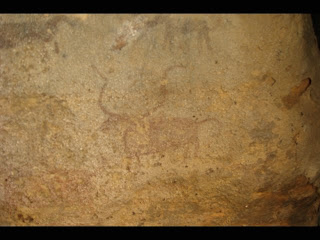 The country around Bundi is a lot like the outback - desert and scrub with watering holes and canyons. Even the odd gum tree! The next day we started out early by ourselves to get to a canyon about four hours walk away. Later I realised we could have driven there, but that costs money and this way was more fun. It ended up too hot for my normal clothes so I draped a lunghi around my body and head and we went on our way. We walked out of the desert and came to the canyon, where, of course, there was a guy selling chai, snacks and cigarettes. You're never really alone in India. Two Irish guys had turned up on motorbikes. They looked at me like I was Lawrence of Arabia (I was also speaking bullshit Hindi to Kukki).

They were impressed - I love being Australian at people. The journey was worth it: 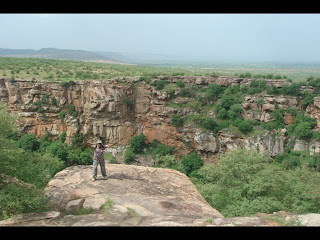 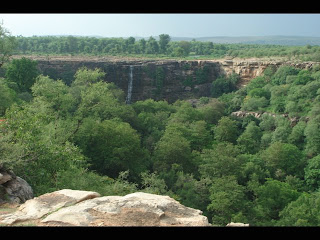 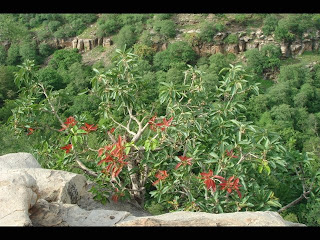 Half way down there is a cave hidden which Kukki had 'discovered'. Well, discovered for the wider world. Native people or 'adivasis' had been coming here for centuries (perhaps continuously) to make offererings and perform rites. 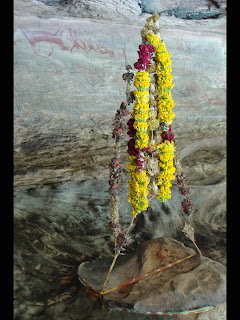 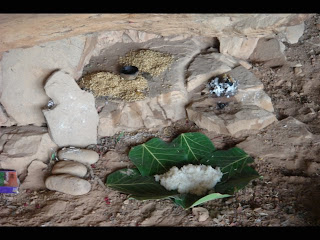 Paintings on the wall: 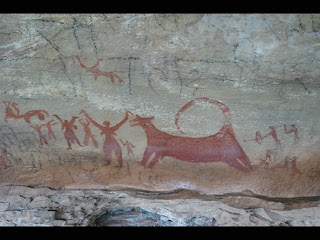 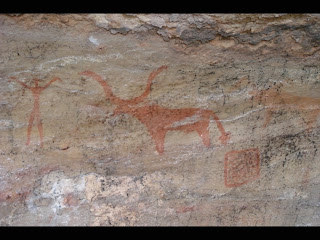 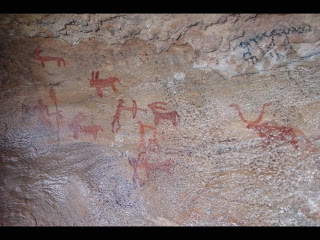 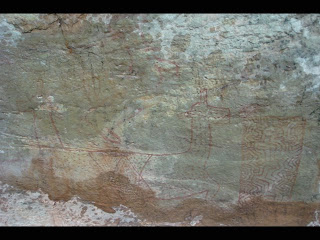 You may not be able to see in the last picture but that's a two headed giraffe. Giraffes, in India? While we were there some random guys rocked up for a smoke: 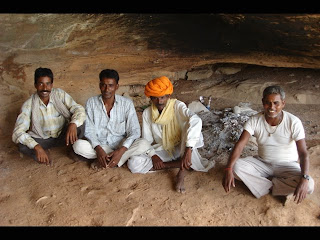 Continuing the smoking theme, when we climbed up to the top of the canyon this photogenic fellow rocked up out of the desert, got some bhang from the chaiwallah, put it in his pipe and smoked it. 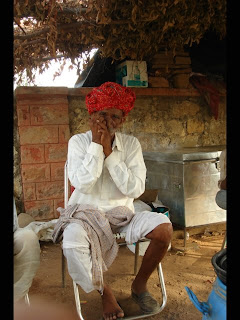 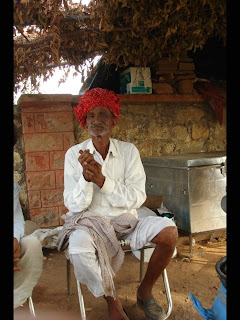 After a long day it was down to the canyon for a swim. As ever in India, anywhere there's natural water there's a temple, complete with photogenic and well groomed priests. Not a bad life. 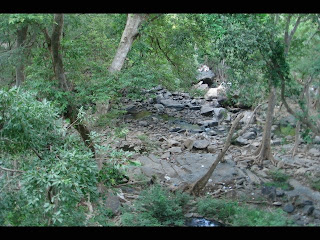 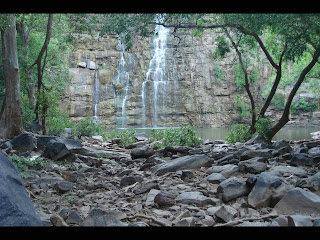 After my little walking-in-the-desert experiment I decided I needed some proper gear, so I got some pyjamas (loose white trousers) and this made up. Just call me Florence of Arabia. 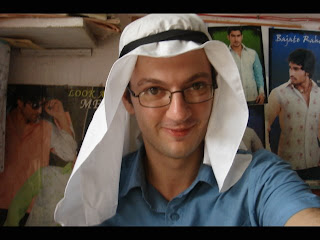 Hi there! Sounds like you had a great time with Kukki! I met him with my boyfriend, Ian, when we were in Bundi this April/May (2008). I was wondering if you had a contact e-mail/address for him? I'm starting an MSc in Paleoanthropology this Sept and would really like to get in contact with him again as I'd like to refer to some of his work and might even be able to work with him on a future research project. I took his e-mail, but lost the piece of paper with it on :-( He's dedicated so much time to his work and I'd love to be able to give him some exposure. Please let me know if you can help.

hi kukki your work is suprb